How do we address racism, gun violence, the lack of mental health resources, and bring more real justice to Chicago? Dr. Dennis Deer is working on it.

As Dr. Dennis Deer likes to say, “in order to get something you never had, you have to do something you’ve never done.”

LCLC’s long time Vice President of Organizational Health and Management, Dr. Deer has now taken on a whole new “something” here in Chicago – he’s taking the lead on Justice Rising: Project 77, our newly formed coalition designed to bring a community-led, restorative-justice, holistic criminal legal defense approach to clients under 25 to all 77 of Chicago’s neighborhoods.

Why take on this new endeavor? For Dr. Deer it’s pretty simple. Having grown up in North Lawndale, he’s seen first hand the disastrous effects of racism and gun violence.

“These are young people who grow up similar to the way I grew up and they are dealing with some of the same challenges and issues we’ve been dealing with for generations. And at some stage, somebody has to say, ‘stop.'” 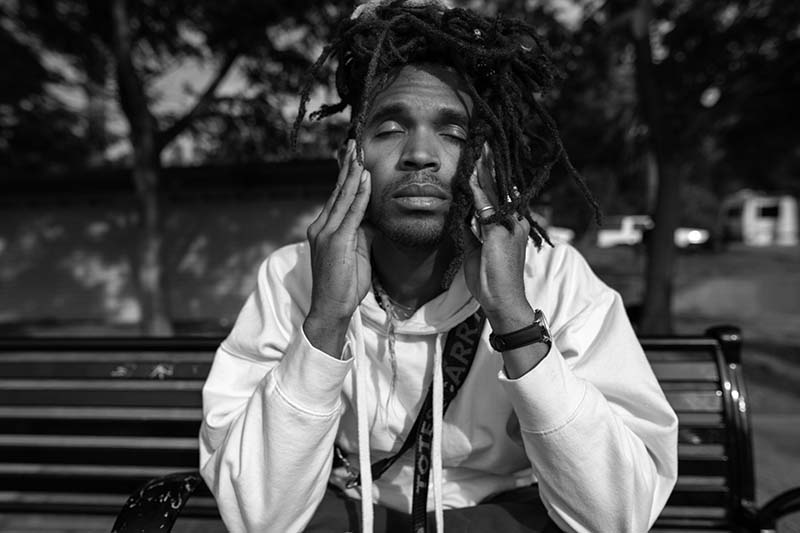 Dr. Deer, who’s also Cook County Commissioner for the 2nd district and sits on numerous boards as an active member of our community, is no stranger to pioneering — including writing legislation that actually changes things in neighborhoods like North Lawndale. Over the past three years, Dr. Deer has written a trifecta of legislation addressing gun violence, racism, and most recently, mental health. In October the County unanimously passed Dr. Deer’s proposed legislation declaring mental health a public health crisis.

What led to this latest push for new legislation? Dr. Deer was determined to offer Cook County citizens the mental health and behavioral services they need, particularly in light of the pandemic. 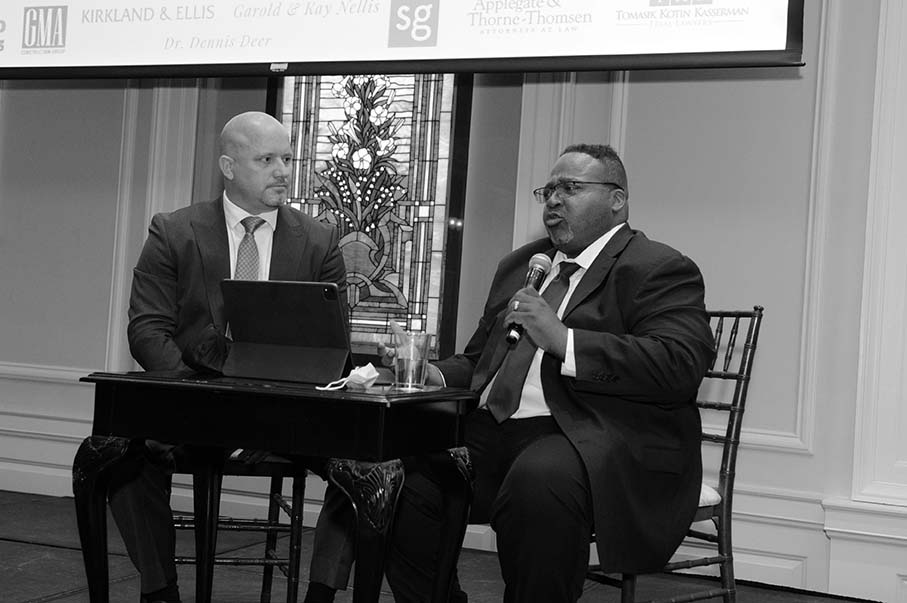 In 2019, when Dr. Deer introduced a resolution to declare racism a public health crisis, it wasn’t something that had ever been done before in Chicago in fact, only one other city, Milwaukee, had anything similar. But he knew how important it was to get it done. Because of systemic racism, “…many of the underserved communities deal with…lack of access to quality healthcare, food insecurity, lack of housing, lack of appropriate education, and lack of access to appropriate social services or services in general.” Since that legislation was passed into law, it was also passed by the National Association of County Officials. And more than 130 other cities, counties, and states across the country have followed in Cook County’s footsteps, declaring racism a public health crisis.

What difference does this kind of legislation make? When issues like gun violence or mental health are declared public health crises, additional money can be allocated to a county’s budget that will provide necessary services for the community’s health and growth. Dr. Deer requested $1 million for Cook County Health to do research and provide intervention services around gun violence. Nine additional social workers were brought on staff to support gun violence victims and their families, so that the cycle would not repeat itself. $80 million was added to the budget for mental health services for Cook County. “It’s all about positioning ourselves to change our communities,” Dr. Deer said.

Because of the racism legislation, Dr. Deer has seen minority vendors awarded new business. Also as a result, Cook County now has a Chief Equity Officer–a new position overseeing everything related to equity in Cook County. The Chief Equity Officer must examine everything, including business practices, separately elected officials, and the public health department, through an equity lens. Chicago also recently incorporated an Equity Week in the month of September, which Dr. Deer believes is key to educating people about the difference between equity and equality. “Equality is getting my piece of the pie today. Equity is getting my share today, plus back pieces,” he laughed.

Equity, for Dr. Deer and other long-time residents of North Lawndale, is long overdue. Over the years, he’s seen good changes, as well as bad ones in the community. “Some of the vacant lots that were there when I was a kid are still there now,” he noted, adding, “I think violence is up since I was a boy.” But he still holds fast to his hope and faith that with the right people willing to fight and take things to the next level, change can sweep through an entire neighborhood. And then, the rebuilding can begin. 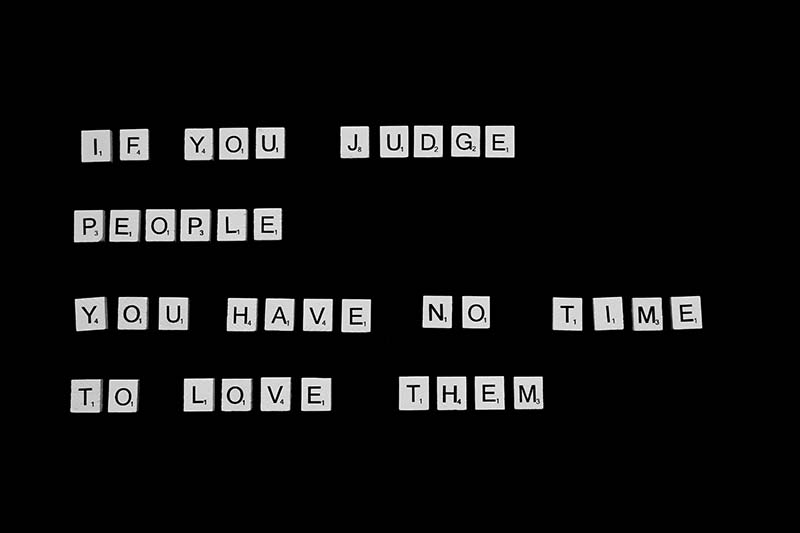 His willingness to fight for the community he celebrates grew from what he calls several “defining moments.” Most notably, witnessing a murder at the tender age of 10, Dr. Deer decided he would go away to college, find what he needed to succeed, and come back to help spark economic development and end cycles of violence. Relying on the pillars of his mother and father’s wisdom, he struck out to become the best he could be, at whatever he chose to do. “Never forget where you came from,” Dr. Deer’s mother told him, and “always reach back. Be willing to help someone who is not in the place to help themselves.”

Ever since moving back into North Lawndale as an adult, Dr. Deer has been working to fulfill the commitment he made as a young person to change things in North Lawndale, in Chicago, the state – the whole country. That’s been a big part of what he has been doing in his work with LCLC – making sure young people in North Lawndale get the justice they deserve and don’t end up in the deadly arrest/incarcerate/release/repeat trap that so many young black men find themselves caught in, all across this country.

That’s also why he is so proud to take the lead on LCLC’s expansion project: Justice Rising: Project 77. He believes this coalition, dedicated to providing community-led, holistic criminal legal defense to young people, not only in North Lawndale, but throughout the 77 neighborhoods of Chicago, is so necessary. And he believes it will make a difference – it’s already making a difference. 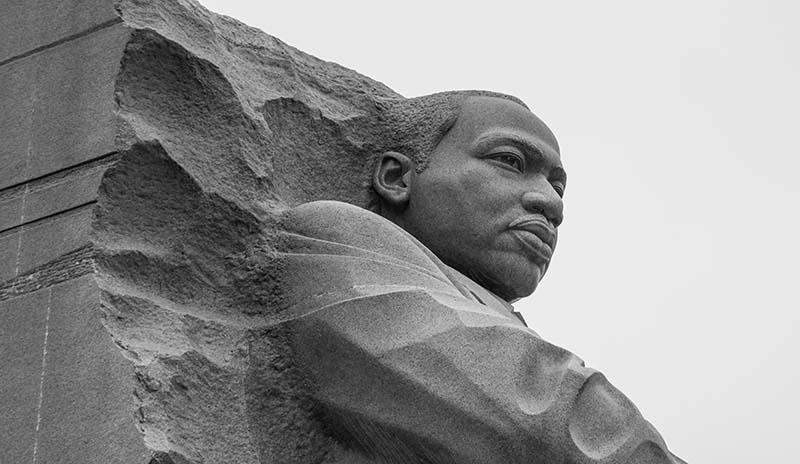 Before he gave up his office in our LCLC building to make room for the new staff we’ve been adding recently, Dr. Deer had a large portrait of Martin Luther King, Jr. done by a local artist hanging there. It was always a good reminder to Dr. Deer that his work in North Lawndale with LCLC, his new work with Justice Rising: Project 77 and his ongoing work in Cook County as a commissioner, are all a part of that long movement toward justice that Dr. King spoke of: “The arc of the moral universe is long, but it bends toward justice.”

That belief in real justice is why Dr. Deer has dedicated his life to working for change in his neighborhood and neighborhoods like it. Justice, he knows, doesn’t happen overnight, but it does happen, if we keep working for it.

Learn how you can be a part of supporting the work at LCLC in Chicago, here.

PrevPreviousEver wondered what holistic legal support means? For Deshawn it’s meant a future, and not just a past.
NextThe Bail Project Invests $2.9M in Social Services, Public Safety in Chicago.Next